The Bussard Family Gets a New Roof 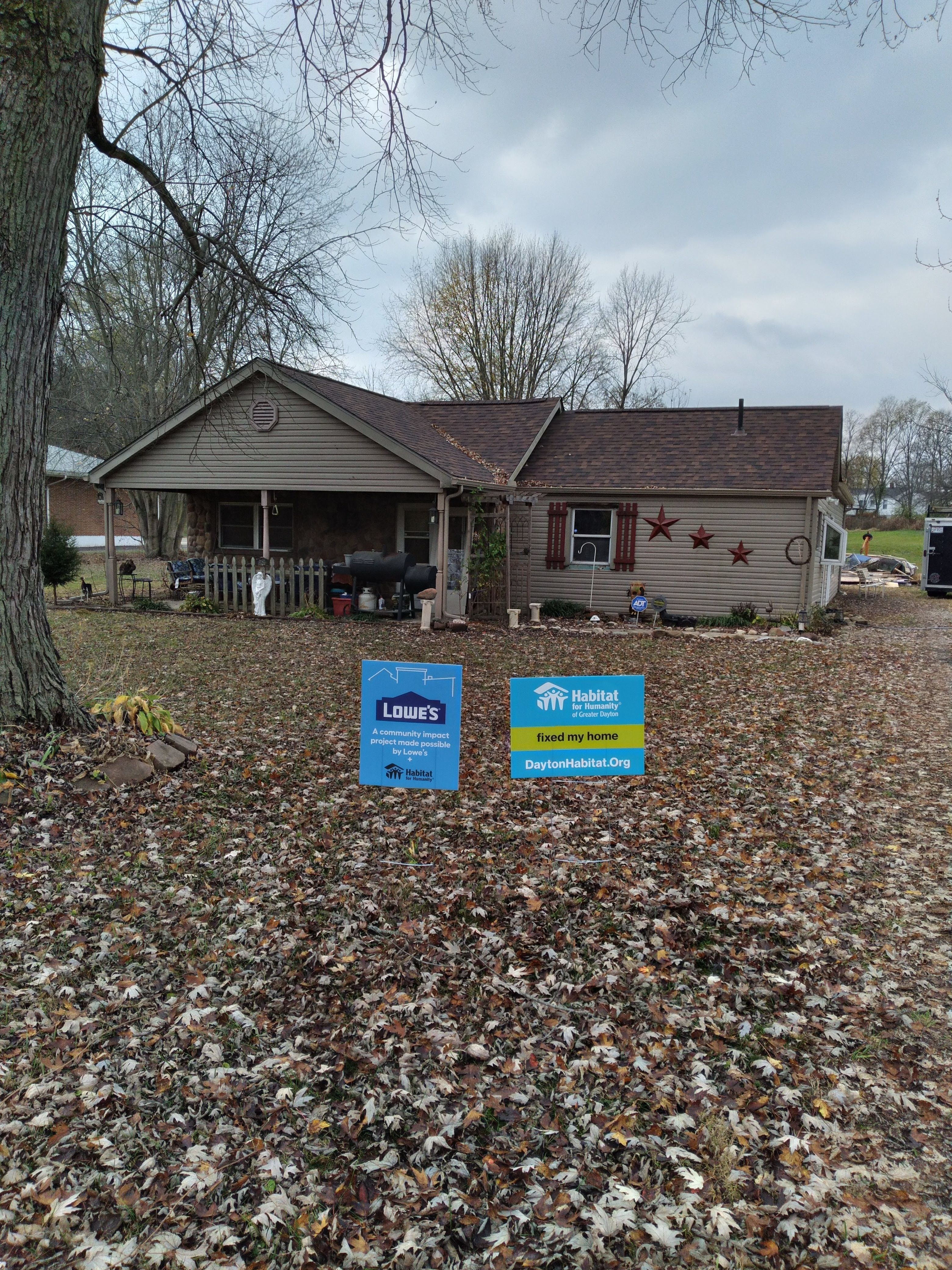 Habitat for Humanity of Greater Dayton was able to make over 30 critical repairs on homes ravaged by the Memorial Day 2019 tornadoes over the past three years. And it appeared that work was done. But add another tornado-related repair to that number, says James and Sheila Bussard of Dayton.

Our affiliate was recently able to join forces with a local roofer and Habitat for Humanity of Ohio to give the Bussards a much-needed new roof on their Jefferson Township home through our critical repair program. “It actually started when we had those tornados,” said Sheila Bussard. “The winds ripped off a bunch of shingles. And after a while, it rotted the wood which was old already. You could see daylight through the roof. It was bad, really bad!”

“Underneath that was a room full of antique furniture, family collectibles,” Sheila said. “It was heart-wrenching. But they tore the whole roof off and put on a new one, wood decking, shingles, gutters - everything. They were God-sent.” “The only thing I ever knew about Habitat for Humanity before this is they helped people build homes,” said Sheila. “That’s how my daughter’s friend and her husband in Michigan got their home. I thought, ‘I don’t need a new house, just a new roof.’ Then I found out about this.”

Both she and husband James are on Social Security disability, which barely pays for their daily living expenses.“ By the time I pay the bills, I’m lucky that I have $10-$20 at the end of the month. And we don’t have any elaborate bills,” she said. “There is absolutely no way we could have gotten it done without Habitat’s help!”

Sheila got very sick in 2010 with cancer and a heart attack and now can’t work. Neither can her husband James, who is also on disability. He used to make a living in construction but fell off a roof and hurt his back. “I started when I was 14 doing roofing,” James said. “Then I started building houses and did it for 48 years, then I got hurt and messed my spine up. It’s hard for me to do a lot of stuff. (Making a living in construction) wore me out.

James said that Renegade Roofing and Restoration in Dayton “did an excellent job. They are some of the nicest guys you’d ever talk to. They worked so hard. “I praise God for this; we’ve prayed for help,” said James. “We’ve been through a lot. And I know He was the One who made this happens for us. We are so very thankful, and so thankful for Habitat.”

The Ohio Department of Development has partnered with Habitat for Humanity to help make this critical repair possible. Funding was supplied by Ohio Housing Trust Fund and the generous support of Lowes.