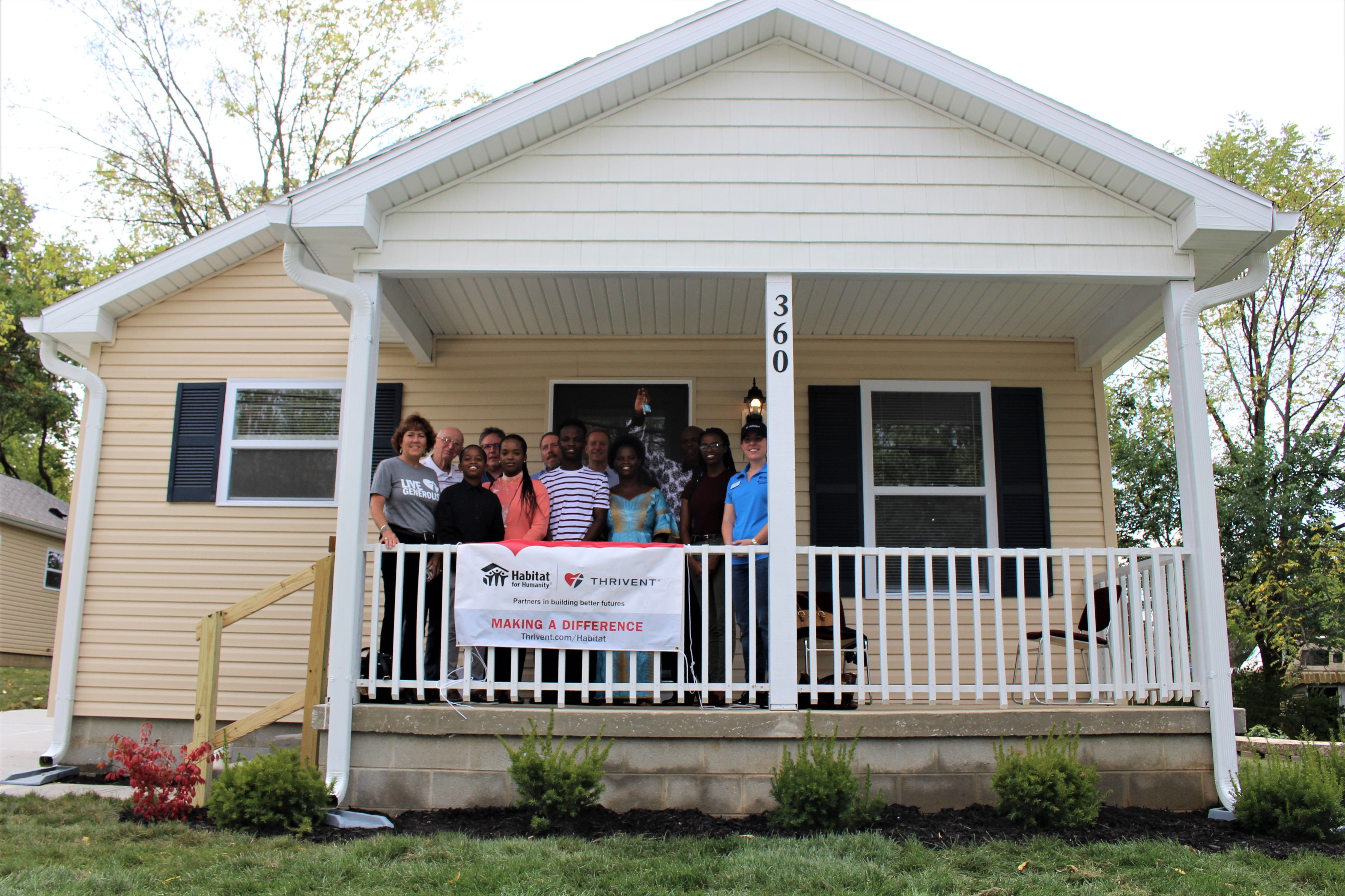 Habitat and Thrivent Faith Builds improve communities by helping Habitat build homes in partnership with Christian churches and families in need of decent, affordable housing in the US. Thrivent has committed over $12 million to the 2019 partnership, which will be used to partner with families, Christian churches, and volunteers across the US and around the world on different housing projects.

Since the national partnership’s inception in 2005, and through 2018, Thrivent and its members have contributed more than $252 million and more than 5.5 million volunteer hours in the U.S. and around the world to help thousands of families and individuals build strength, stability, and self-reliance through shelter.

“We are excited to start building the Ngoga family’s new home in Fairborn. Thrivent and their Faith Build partners are providing funding, volunteers and prayers for a safe and successful home build. Thrivent’s national partnership with Habitat is making this home possible and we are blessed, through their support, to serve an additional family in 2019,” said Norm Miozzi, Executive Director of Habitat for Humanity of Greater Dayton.