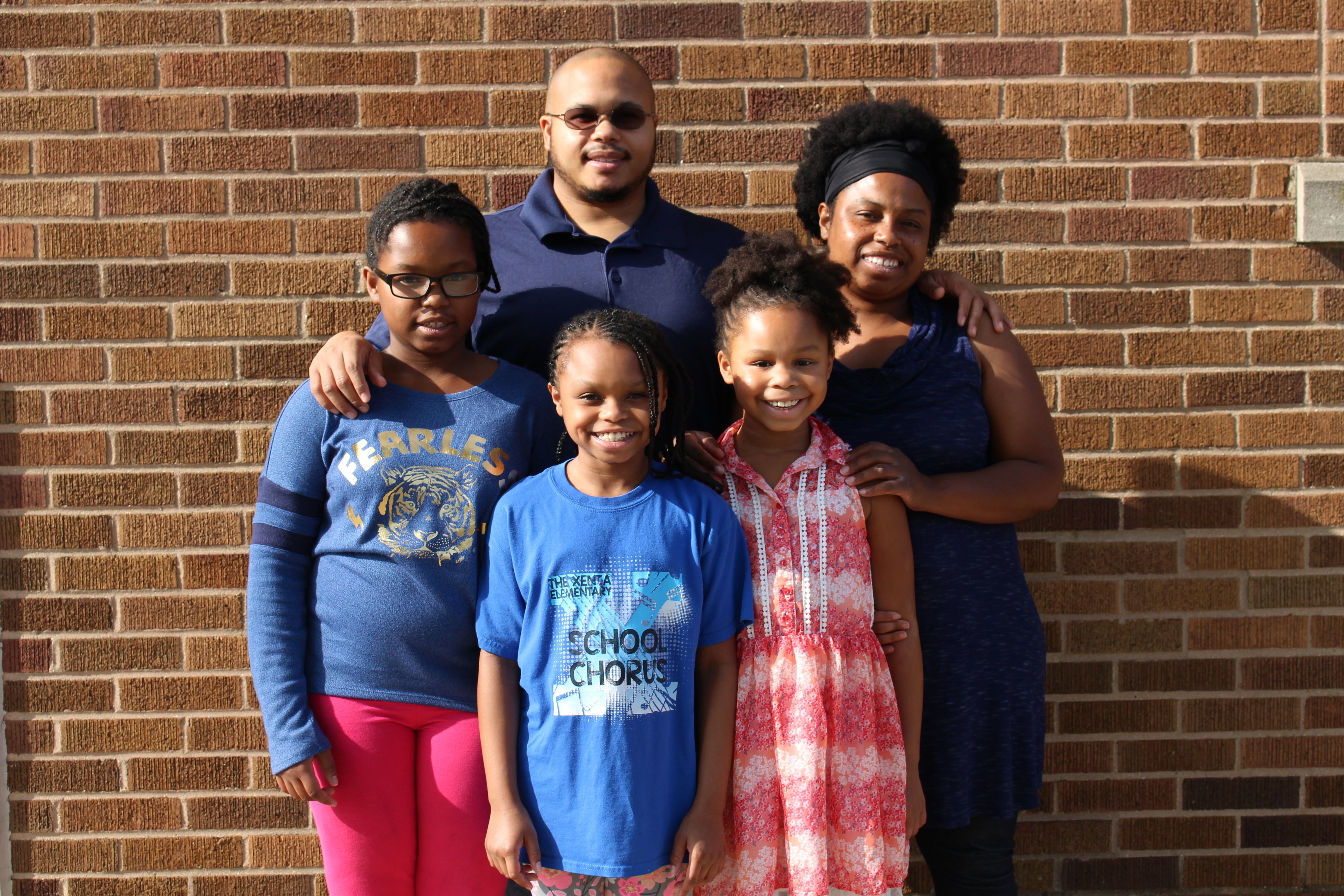 Rachel and Kevin, proud parents of three wonderful daughters, are college sweethearts. They met while attending Wilberforce University, married, and decided to start a family.
Rachel, Kevin and their daughters live in a small apartment in Xenia. The family has lived there for many years. At first, the rent was affordable and the neighborhood was safe- but that is no longer the case. Their rent has increased significantly, making it difficult to manage their bills and student loans despite the fact that both Kevin and Rachel work full-time jobs. Their once pleasant neighborhood has rapidly declined. The family often wakes to the sound of fighting outside in the middle of the night. It scares the girls who then have trouble falling back to sleep.
Rachel and Kevin desperately wanted to move to a safer and affordable place. Not only did they want to move, they wanted to become homeowners. Rachel began online research on home loans and didn’t see how her family would qualify for a traditional mortgage. They were starting to lose hope when everything changed – a friend told them about Habitat!
Rachel and Kevin were accepted into our homeownership program in June of 2017 and immediately began working towards their dream. They are nearly done with their 550 hours of sweat equity and will soon complete the educational classes we require. The family recently selected a lot in Xenia where their new home will be built. Kevin says, “We really enjoyed the money skills class, we learned a lot about finance and budgeting.” Rachel and Kevin will finally be able to provide their children a safe place to live in their own affordable home. Their daughters are thrilled with the idea of moving to a house. “We’re excited to have a yard to play in, we’ve never had a yard before,” their eldest daughter, Zharia, exclaimed to us when we asked what she was most looking forward to about having a home. 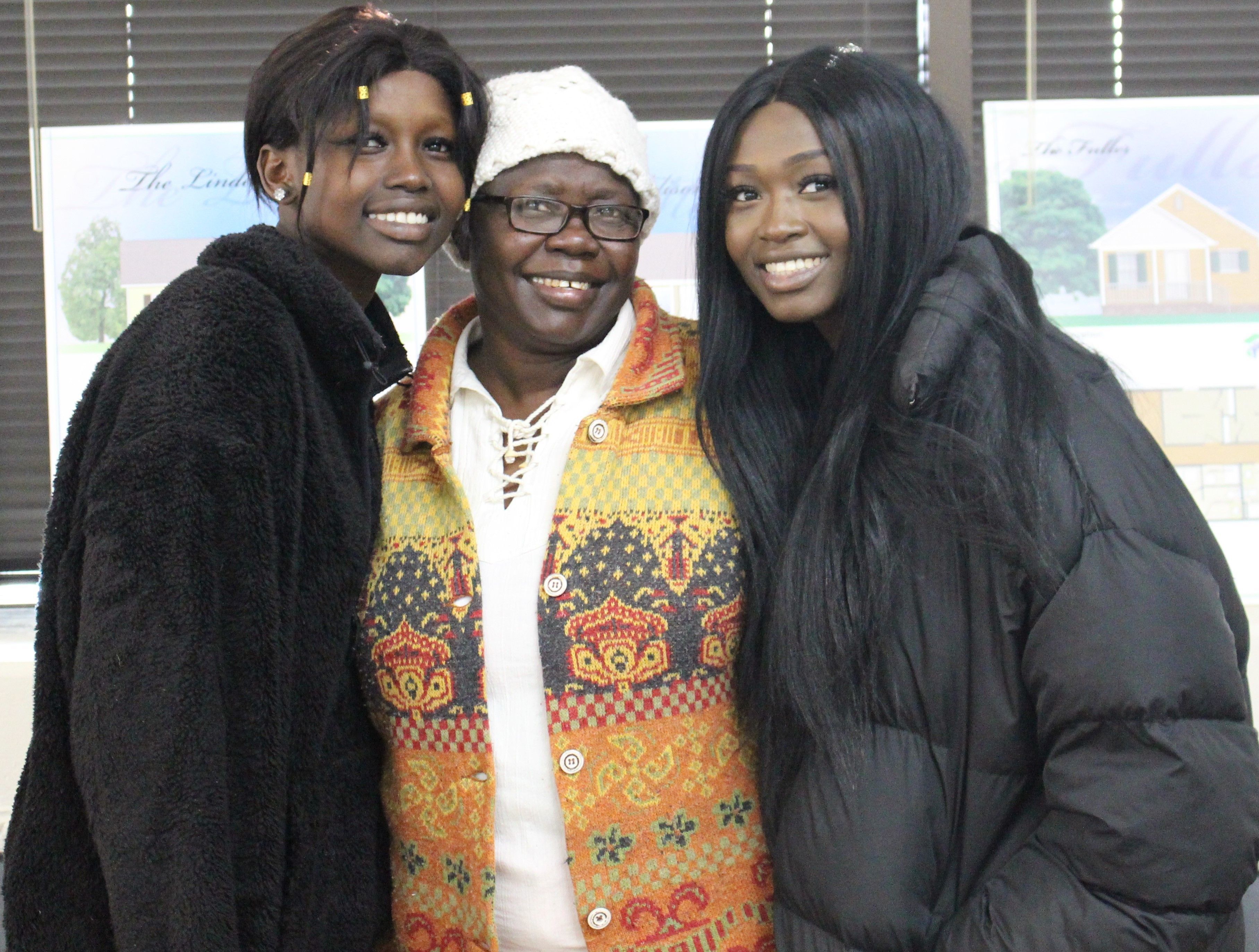 When the Koko family moved to the United States from Sudan in 2006, they faced many hardships. The family needed to find a home, employment, transportation, and more. While home sickness and not speaking English caused their transition to be difficult, Saadia and her daughters, Aya and Karen began their new journey.

The girls quickly learned  English and made friends in school while Saadia took on a full-time job. The family became U.S. Citizens and continued to work through the barriers they faced. Over the years the family moved from a house to a small apartment, causing Aya and Karen to change school systems and start over with new friends and new classes. As their lives improved they began to dream of a home of their own, and they discovered the Habitat for Humanity Program.

After completeing their program requirements, the Koko family selected a home location within their current school system and Karen who will be a sophomore in high school, and Aya who recently graduated. will not have to start over again. Staying connected to their friends and classmates is important to sisters, Aya and Karen. What else are the sisters looking forward to in their new home? More space and the ability to play their music loud without disturbing their neighbors.

The Koko family’s Habitat home will give them the financial security and housing stability that they desire. It will also allow them to complete the dream of owning their own home that started many years ago.